Last month, I had the opportunity to visit Munich, Germany, for the first time when I hosted an influencer trip for our client Lufthansa. Lufthansa wanted our team to choose three social media influencers based in Denver to promote their nonstop flights from Denver to Munich as well as encourage their audiences to choose Munich as a winter travel destination. This became a successful labor of love between Lufthansa, MMGY Global, Munich Airport and Munich’s tourism board.

We selected possibly the best and friendliest group of social media rock stars:

After a relaxing flight in Lufthansa’s five-star business class, we had a special behind-the-scenes tour around Munich Airport. Our influencers received a gastronomic tour, meeting several chefs, and had the rare opportunity to walk down to the tarmac to shoot up-close views of one of Lufthansa’s A350 aircraft. We ended the morning visiting Airbräu, the world’s only airport brewery, for a Bavarian lunch and a few brews!

After resting for a bit at our partnered hotel, 25hours The Royal Bavarian, we spent the evening with a local tour group, The Thirsty Historian. We enjoyed a quiet dinner at the Beer and Oktoberfest Museum, one of the oldest buildings in Munich, dating back to 1327. Our influencers had a chance to tap the beer keg while being cheered on by the locals.

We had an early morning the next day as we traveled to Lindhorf and Neuschwanstein castles. We also stopped along the way to explore the charming village of Oberammergau, famous for its woodwork and clocks. The Alps were breathtaking, with picturesque views around every corner. The experience felt so quintessentially German, as we snacked on currywurst and drank Glühwein while soaking in the castle views.

Our last full day was spent all across the Bavarian region. Lauren Monitz and her guest took a trip to ski in Zugspitze(and saw igloos!) while the rest of the group took a local city tour from The Thirsty Historian. One of the best moments during this tour was stopping by the open food markets to try a vast selection of meats, cheeses and beers being sold by a variety of shopkeepers. It was a beautiful sunny day, with many of the locals out with their families. Due to the sunny weather, we decided to head up the clock tower in Marienplatz to capture the cityscape.

Three days breeze by when you spend it surrounded by new friends, delicious food and awe-inspiring sights. It was truly an honor to represent the Lufthansa brand, and I can’t wait until my next adventure to Germany! 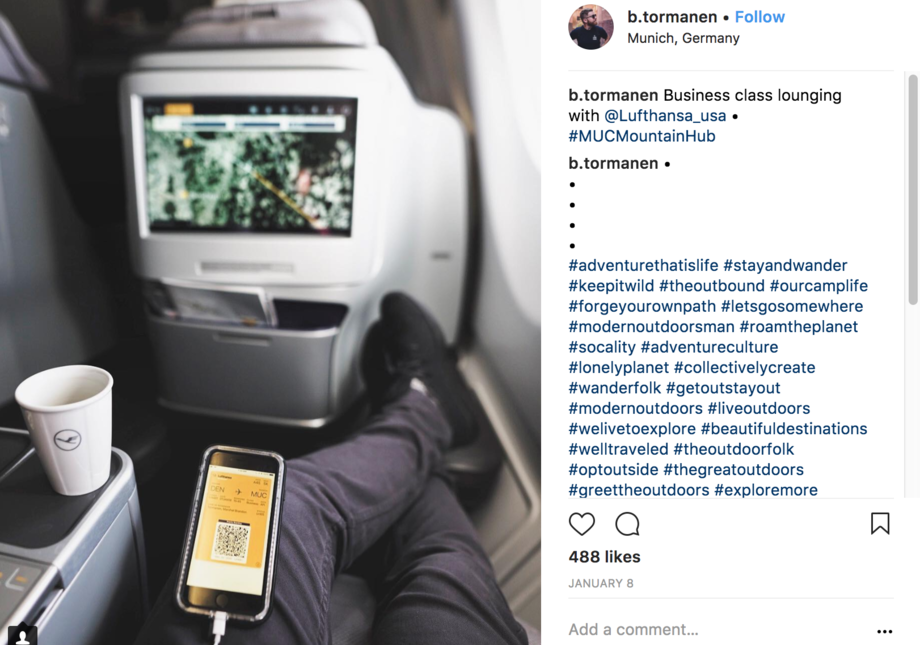 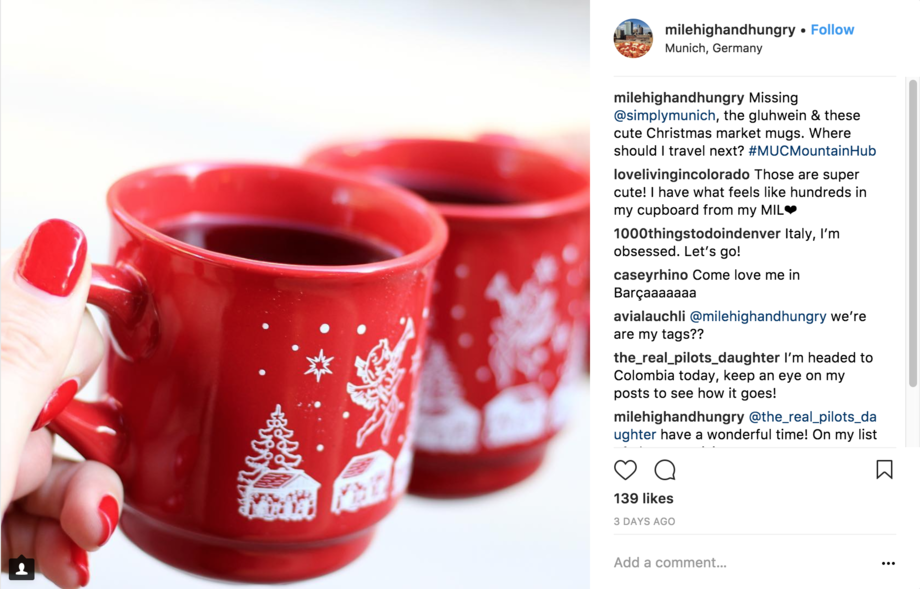 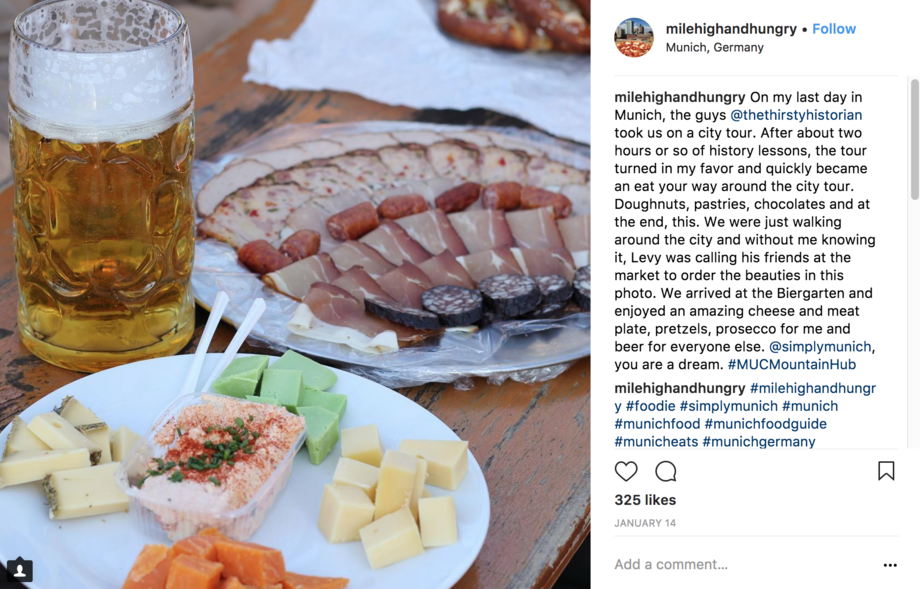 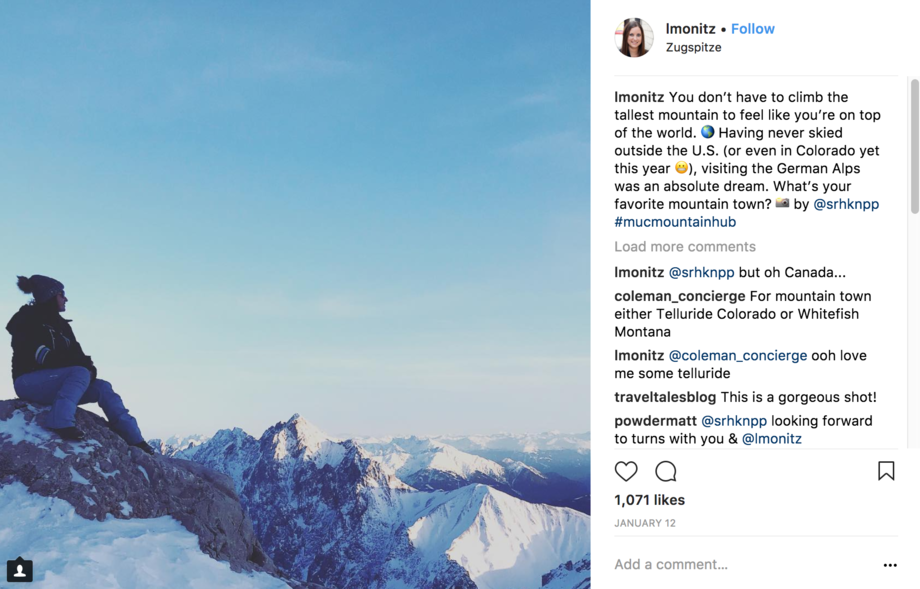 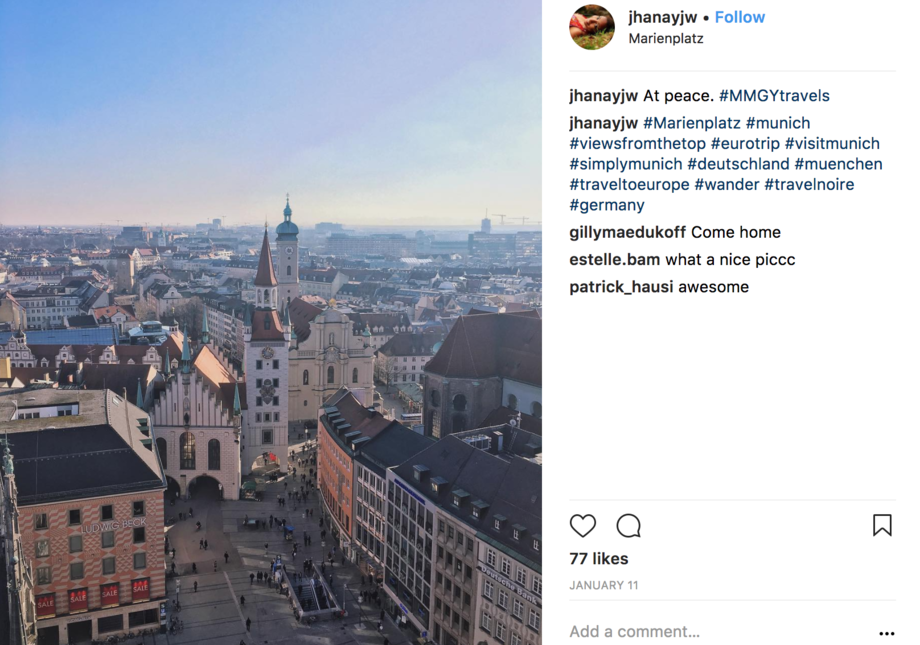