Here’s what’s happening – or about to happen – in the industry, according to the top of the travel chain.

The fifth annual Skift Global Forum – an eclectic mixture of creative and business leaders in travel – was the largest and most dynamic so far. The flagship event in New York City welcomed more than 1,100 travel executives representing 42 countries and over 550 companies. Attendees were invited to presentations and panels from over 30 CEOs and industry leaders.

Skift, which launched in August 2012, has evolved into one of the largest business intelligence brands in travel. As founder Rafat Ali announced at the forum, Skift is always on the move: Its team has grown 40 percent this year alone; having added Skift Table to its portfolio, it is now adding wellness as a new area of concentration; and it recently started the Skift Foundation, a nonprofit that will provide services and grants to under-resourced destinations, organizations and small businesses.

Among the top-tier speakers we heard from, some of the highlights included:

Mark Hoplamazian, the president and CEO of Hyatt, made news by affirming that Hyatt would no longer permit hate groups at their properties. This announcement came after the company received criticism over the summer for hosting an anti-Muslim hate group at one of its properties outside of Washington, D.C. Hoplamazian also reported that Hyatt is amplifying its wellness platform with the acquisition of Miraval Arizona Resort & Spa, with plans to expand into Lenox, Massachusetts, and Austin, Texas, in 2019. Hyatt has integrated the Exhale brand into its World of Hyatt loyalty program, and they are imbuing wellness trends across properties and adding mindfulness elements for meeting planners.

Hospitality pioneer Ian Schrager, widely considered the godfather of design-forward boutique hotels, did not disappoint in his chat with Skift’s Deanna Ting. Schrager claimed his purpose is to lift the spirits of his guests by doing something that astonishes them, and he relies on the mantra “develop a good product and the money comes.” When it comes to technology, he said his 7-year-old son is his tech department and that he will continue to implement features that make interactions and experiences easier and more affordable.

JetBlue CEO Joanna Geraghty said that her airline has brought humanity back to air travel. “Let’s face it, nobody likes fees,” she said. While JetBlue has yet to enter Europe, the airline has the potential to disrupt the transatlantic airspace, where business-class prices are as high as $8,000. As she and moderator Brian Sumers joked, travelers pick flights based on “price, price, price, and schedule.” JetBlue is more than a commodity, it’s a trusted brand. Spoiler alert: The TVs are staying!

Chef Thomas Keller and Ken Himmel – CEO and president of Related Urban, which is behind New York’s massive Hudson Yards project – spoke about “destination restaurants” and the importance of food and dining in travel. Amazingly, according to Skift Research, 67 percent of travelers would rather spend money on activities like dining than hotels. Keller’s restaurant The French Laundry stands firmly at the intersection of dining and destination, ensuring that it delivers lasting memories to guests. Hudson Yards will have 25 food and beverage venues opening in March 2019, including Bouchon Bakery and the TAK Room with Chef Keller, and the two-level Estiatorio Milos with a beautiful outdoor terrace space.

Jan Schwartz, president of Princess Cruises, appeared with Celebrity Cruises president and CEO Lisa Lutoff-Perlo and Carnival Cruise Line president Christine Duffy. Their topics included insights into the growing size of cruise ships and the value they offer in popular destinations like Mediterranean, Caribbean and Alaska. Technology, such as Princess Cruises’ Ocean Medallion, is on the rise to make the cruise experience more personal and seamless. Despite our desire to travel and get away, it seems the consumer wants to be plugged in! 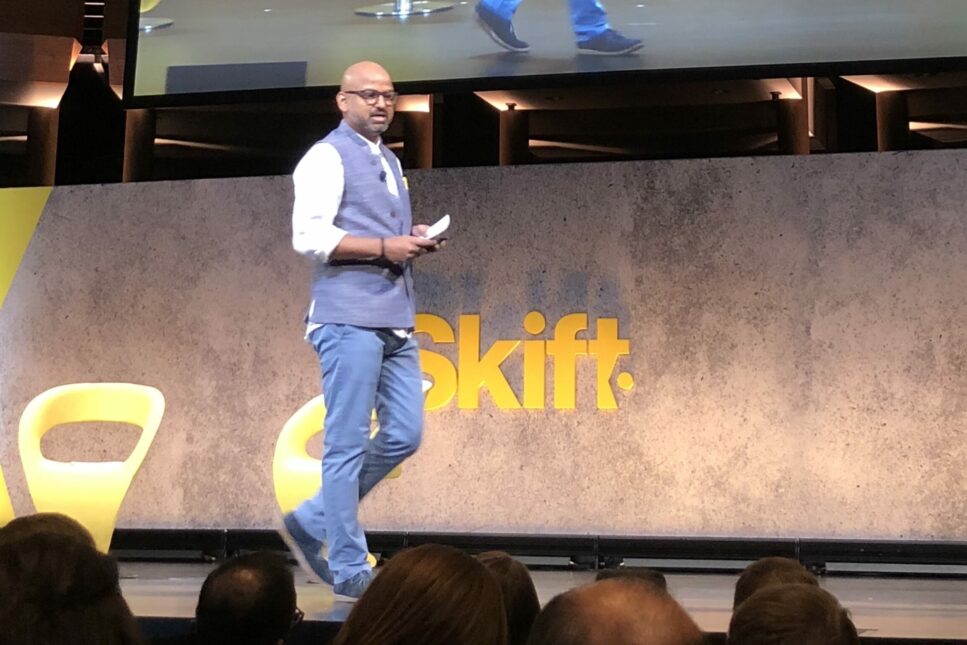