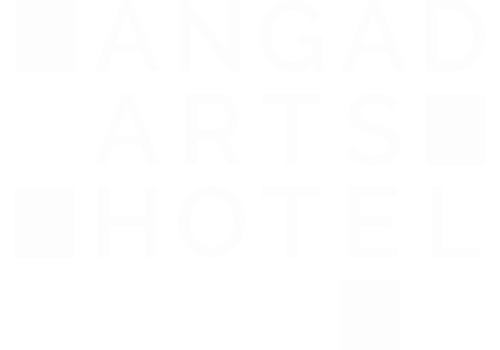 A Hotel on the Forefront of a Rising Travel Trend

We were tasked with developing and executing a comprehensive public relations campaign for the opening of Angad Arts Hotel in St. Louis, Missouri, that would garner local, regional and national coverage across all media platforms. Angad Arts Hotel was in the unique position of being located in a secondary city and offering an unconventional room concept based on colors and emotions, prompting us to focus on the hotel’s key differentiators in order to capitalize on a media strategy that would appeal to a wide audience.

The growing interest in tourism to St. Louis and the artistic relevance of the Grand Center Arts District prompted us to position the hotel’s room concept of color and emotion as innovative and revolutionary: a hotel on the forefront of a rising travel trend. Leveraging the creativity and distinctive approach to accommodations solidified Angad Arts Hotel as the epicenter of St. Louis as a burgeoning cultural destination. The implemented strategy included a clear focus on reinforcing the destination’s relevance, developing regional relationships, tapping into industry trends and aggressively communicating the hotel’s key differentiators. To cut through the noise, we emphasized the property’s ability to serve as a “living arts incubator,” which effectively distinguished it from competitors during media outreach. In the same regard, we recognized the significance of the hotel being the first to allow guests to book rooms by specific color and emotion. We maximized these opportunities by executing a two-day media tour in NYC with executives, hosting a hard hat media day for local St. Louis reporters, conducting aggressive media outreach and coordinating media stays and events, all with the goal of generating buzz pre- and post-launch. 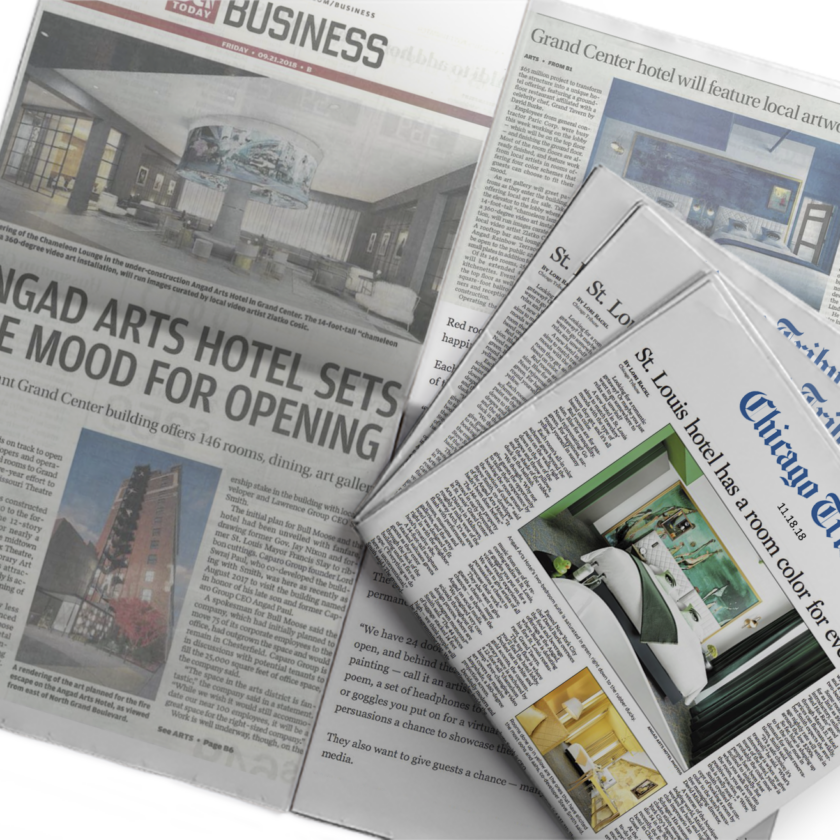 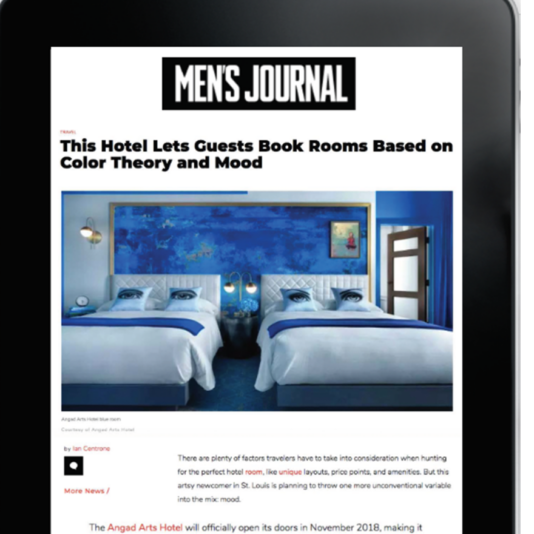 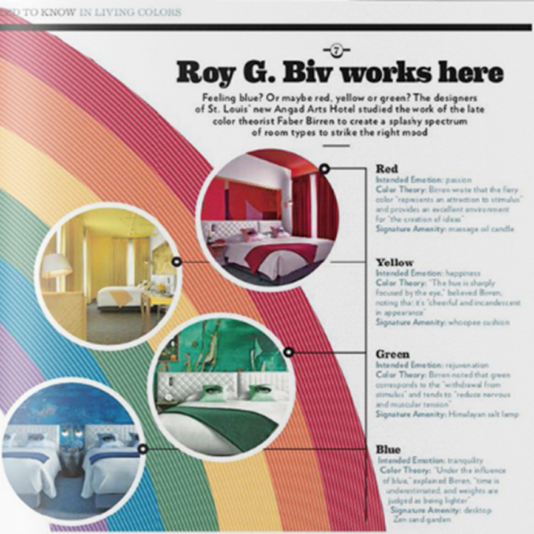 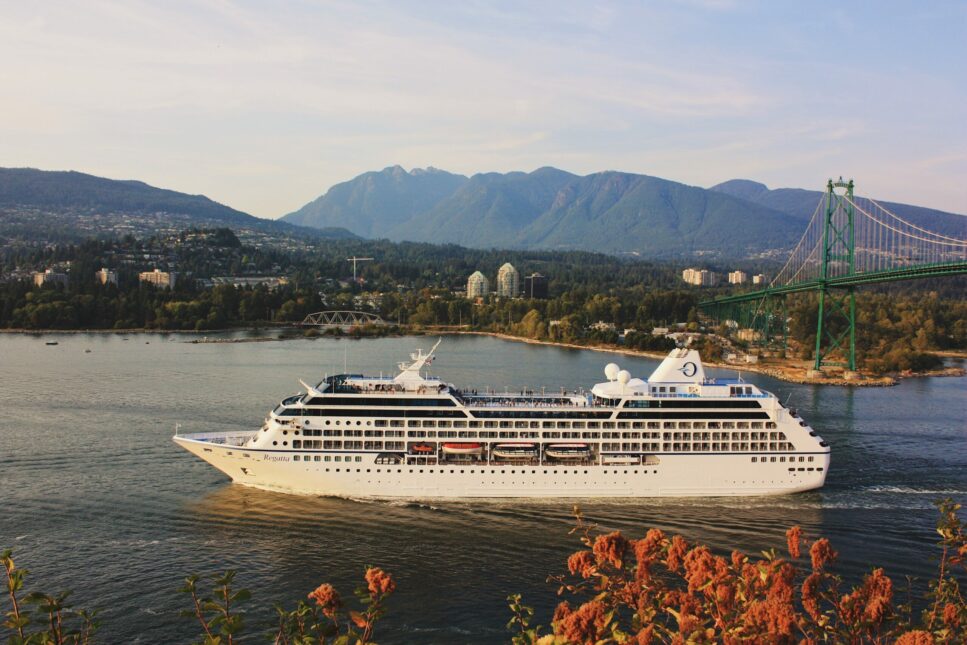